SPi’s simulations allow Network Rail to train virtually more than 1,200 drivers on the new routes and signalling at Kings Cross in advance of project completion

With the sheer number of drivers to train on the new routes in and around Kings Cross, Network Rail were having difficulty creating a comprehensive training schedule to ensure all staff were adequately trained in time for live runnings. Alongside this, COVID then impacted the ability to train staff in classroom environment, therefore other avenues had to be considered.

Network Rail approached SPi to take on the responsibility of the required training materials that could be used both in person and through remote learning.

Not only did SPi have a comprehensive list of materials to create (including VR apps, videos, maps, diagrams and documents), we were also give an extremely demanding timescale and the work in question was also open to high levels of public scrutiny, so ensuring accuracy whilst delivering on time was essential.

Firstly, we looked at creating a highly realistic representation of the rail environment that the drivers would be working on. By utilising specialist technology, we were able to create a virtual reality setting that would be used as a base to create other materials and as a training material itself.

Parallel to this we created Map Books - documents that contained all potential routes a driver would take with all the pertinent elements of their training including signals, potential track changes and speed limits - digital media, videos of hundreds of different routes and DVDs that could be utilised by those who didn’t have access to the online environment. 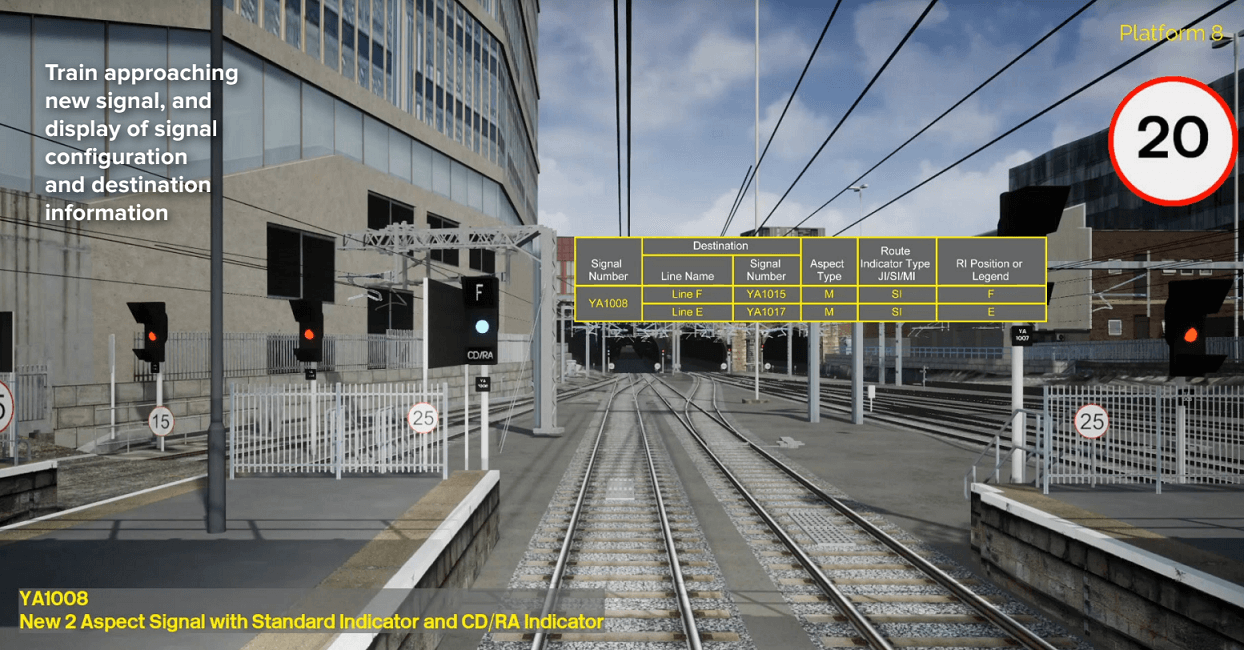 The original scope of work was completed on time, and enabled Network Rail to fulfil their obligations to both their drivers from a training perspective and their stakeholders.

Our work was praised by as the “best driver route material in 25 years” and received positive feedback from several drivers with one quoting “finally the railway has entered the 21st Century!”

In addition to the training materials, Network Rail found they had further unexpected benefits from their investment. Throughout the project, SPi advised that the models being created could be used well beyond the training scope that they were originally designed for. In fact, the simulation and VR models could be used for additional training and other activities including site inductions, virtual site tours and safety briefings.

This meant that Network Rail were able to further utilise these elements to increase driver engagement, create smoother onboarding and safety processes and bring their progress to life when reporting to stakeholders.